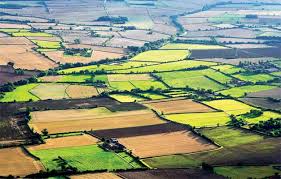 THE division of a piece of land into various separate plots constitutes an important procedure which is subject to town-planning restrictions on the land, requirements set by the law on immovable property and the approval of the Director of the Land Registry. Where the land is co-owned, the written consent of all co-owners is required until the completion of the division, as well as their agreement on the share each one will receive. The purchase of a co-owned land or part of it which is to be divided does not constitute a secure transaction, since it is subject to the full completion of the division. Any such agreement is not legally enforceable until the division is made and in case it does not happen, the agreement becomes void.

Where the division of a plot of land becomes impossible, the purchaser should expect nothing more than the return of his money and the cancellation of the sale contract from the Land Registry. The issue is to be resolved through the application of the legal principle of a contingent contract and not through the doctrine of frustration. A contingent contract is a contract to do or not to do something, if some event,

collateral to such contract, does or does not happen. If the event becomes impossible, such a contract becomes void. The Supreme Court affirmed the decision of a District Court referring to the above legal principle of a contingent contract in a dispute concerning the purchase of a share in co-owned land. A sale contract was entered into and signed by one of the co-owners with a purchaser, containing a clause that in the event the division of the land and the issue of separate title deeds became impossible or the Director of the Land Registry refused to give his consent, the agreement would become void and the amount paid returned.

In the process of a local inquiry which took place, one of the co-owners refused to sign the required documents by withdrawing his consent for the division. Under the circumstances, the division of the land became impossible and the vendor informed the purchaser that, according to the above term, the contract became void and legally unenforceable. The purchaser did not accept the termination and requested the transfer of the share without success. The dispute ended up in the District Court which decided in favour of the vendor, issuing an order for the return of the deposit and the deletion of the sale contract from the Land Registry record. The Supreme Court upheld the aforesaid decision.

As to whether the vendor took reasonable steps to make the division possible, the court was of the opinion that the vendor as a co-owner did his best to persuade the other co-owners to consent. The one of the other two co-owners refused to give his consent and sign the required documents and indeed he had such a right. Therefore, according to the Supreme Court, the District Court correctly dismissed the purchaser’s action, deciding that the vendor who received 1/10 of the sale price could not have waited indefinitely, given the fact that the remaining balance of the purchase price carried no interest. The true intention of the parties was that the division of the land preceded its transfer to the purchaser.

It is evident that a purchaser entering into a sale contract for the purchase of an immovable property jointly owned by more than one person, must ensure that the sale contract will be signed by all the co-owners as vendors unless there is a division agreement between them deposited at the Land Registry.