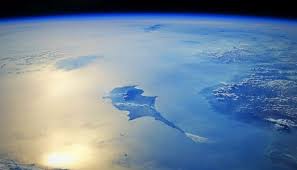 During 2016, the Cyprus government introduced a number of tax amendments that facilitate the work of international businessmen. They deal not only with large and medium-sized companies, but with wealthy  and high net worth individuals who have moved to Cyprus.

We bring to your attention a new service through which you have the opportunity to derive the maximum benefit from the highly favourable tax regime operating on the island.

The Cyprus status of non-dom (the status of permanent residence – hereinafter “domicile”) allows individuals not “domiciled” in Cyprus to be exempted from payment of defence tax.

Legislation in Cyprus allows for dual citizenship, but there can be only one “domicile”. Since July 16 2015, individuals who are tax residents of Cyprus, but not resident in Cyprus 17 of the last 20 years are classified as persons not resident in Cyprus – “Non-Domicile” (“Not Domicile”) – and therefore enjoy extended tax benefits. As for foreign citizens whose economic interests are concentrated in Cyprus, the issue of domicile appropriation directly depends on the number of days they actually spend on the island. To obtain the non-dom status, you must stay in the country for at least 183 days in one calendar year.

So, even if you intend to receive island citizenship, but will stay in the country for at least 183 days, you will not be obliged to pay contributions to defence, namely:

In addition, all investors with non-domicile status are exempt from taxes on interest, dividends, and profits from the sale of any securities (excluding shares of companies that own real estate on the island).

For more detailed information regarding the above, please contact our specialists.